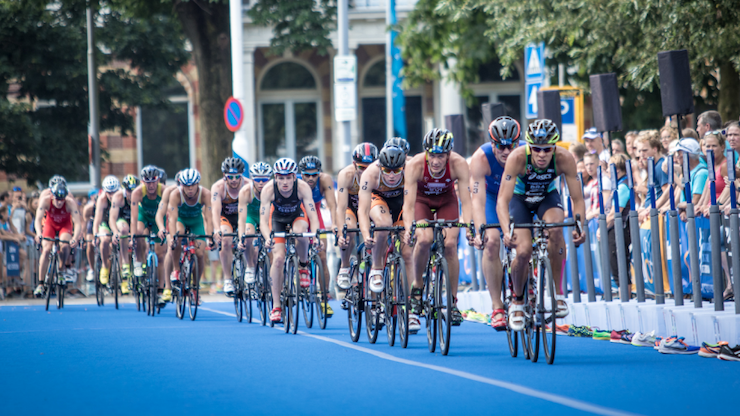 The LOC of the ITU World Triathlon Grand Final Rotterdam is happy to announce the (tentative) program for the 2017 World Championships. From 14-17 September 2017 the final event of the World Triathlon Series will be held in the heart of Rotterdam. This years Grand Final will feature a compact program with the Elite Men and Women finals on Saturday and all Age Group World Championships on Sunday.

The decision to stage both the Age Group World Championship Olympic distance and the Sprint distance on the same day implies that athletes have to choose in which distance they want to participate. ITU regulations demand a 36 hour relay if athletes want to compete in both distances. Having both championships on the same day allows the organisation to present a unique race that will be staged against the backdrop of the iconic architecture of Rotterdam and the Maas river and guarantee a challenging, but safe course.

Now the program has been announcement, athletes and their friends and family can start planning the visit to the city that was announced as one of the must see cities in the world by the New York Times. To facilitate easy hotel booking the LOC earlier launched a fully integrated online accommodation booking system. Booking early is advised to enjoy the best selection and price.

The 2017 Grand Final will be a festival that celebrates the triathlon sport. A spectacular Opening and Closing Ceremony, Pasta Parties, live performances and a lively atmosphere will make the Rotterdam World Championships a must do event for athletes all over the world. Side events and special races will be announced at a later stage. 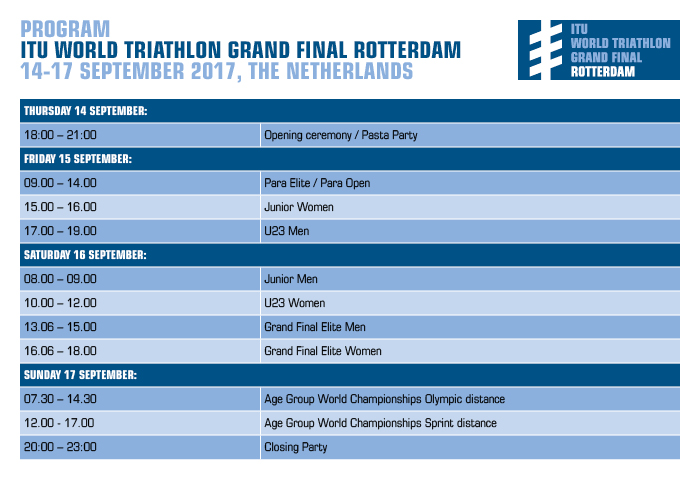