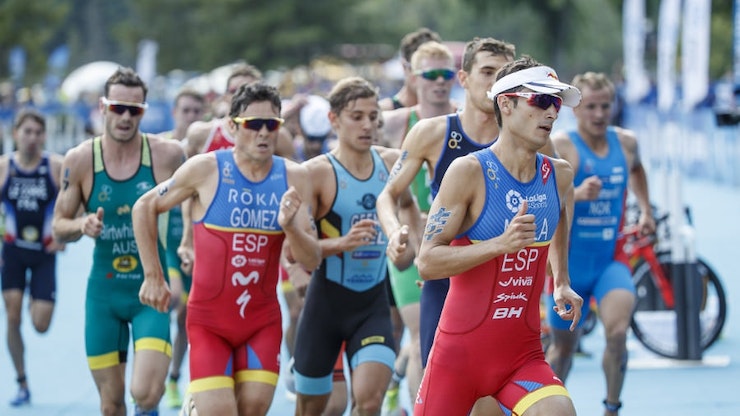 The 2017 ITU World Triathlon Grand Final Rotterdam will welcome the future of the sport of triathlon as the Junior World Champions will be crowned. With many names in the start list that have already gotten a taste of some elite action, the strength of the junior fields prove that the future of triathlon is bright and will only continue to improve in the years to come. Both of the men’s and women’s junior world champions from 2016 have returned to reclaim their titles, but the crown is anyone’s for the taking.

Battling on a sprint distance course, where the juniors will see a 750-metre one lap swim, 20-kilometre four lap bike and five-kilometre two lap run. The women will start on Friday, September 15 with a start time of 15:00, while the men will compete the following day on Saturday, September 16 with a 08:00am local start time. A live finish-line stream will be available to watch on triathlon.org/live and on the World Triathlon Facebook page, along with following along with play-by-play updates on Twitter @triathlonlive and @rotterdamtri.

Australian Emma Jeffcoat will be leading the women’s roster. She is still a rising talent for the Aussie team, she started competing in the ITU scene just last year, but debuted in her first WTS race in the Gold Coast this season. She has yet to make a podium, but she has earned some top ten finishes this year and has proved she is a name to watch out for.

Great Britain’s Sophie Coldwell had a career best finish in WTS Yokohama this year by finishing fourth. She is a very strong swimmer and usually is near the top of the field in the water, so expect her to make it among the lead bike pack.

The 2017 World Triathlon Series has so far seen eight stops across eight cities, seven countries and four continents with elite action that has produced nail-biting finishes and record-breaking moments that have made the history books. This season has been one to remember and as it gets ready to come to a close, the elites will line up on the WTS start line one last time where world champions will be revealed.

The 2017 ITU World Triathlon Grand Final Rotterdam will play host this Saturday to the world’s top 69 elite men triathletes, who have competed all season long for their place on the start list and chance at earning the world title.

Months of racing all year long have all come down to the final and most anticipated race of the 2017 season, the 2017 ITU World Triathlon Grand Final Rotterdam. A roster of 49 of the best women triathletes in the world have made their way to Holland to compete in the last WTS race of the season, where the title of World Champion will be crowned.

Debuting Rotterdam as a first-time WTS host, the women will battle it out on a unique and technical course that features two transition areas and a standard 1500-metre swim, 40-kilometre bike and ten-kilometre run.

The women’s field features a close and tight overall Series podium that will all come down to the final finishing moments before it is known who will take the final three spots of the year.

Sign up for the newsletter and do not miss anything of the ITU World Triathlon Grand Final Rotterdam 2017.